The 4 Phases of MLS Transfers 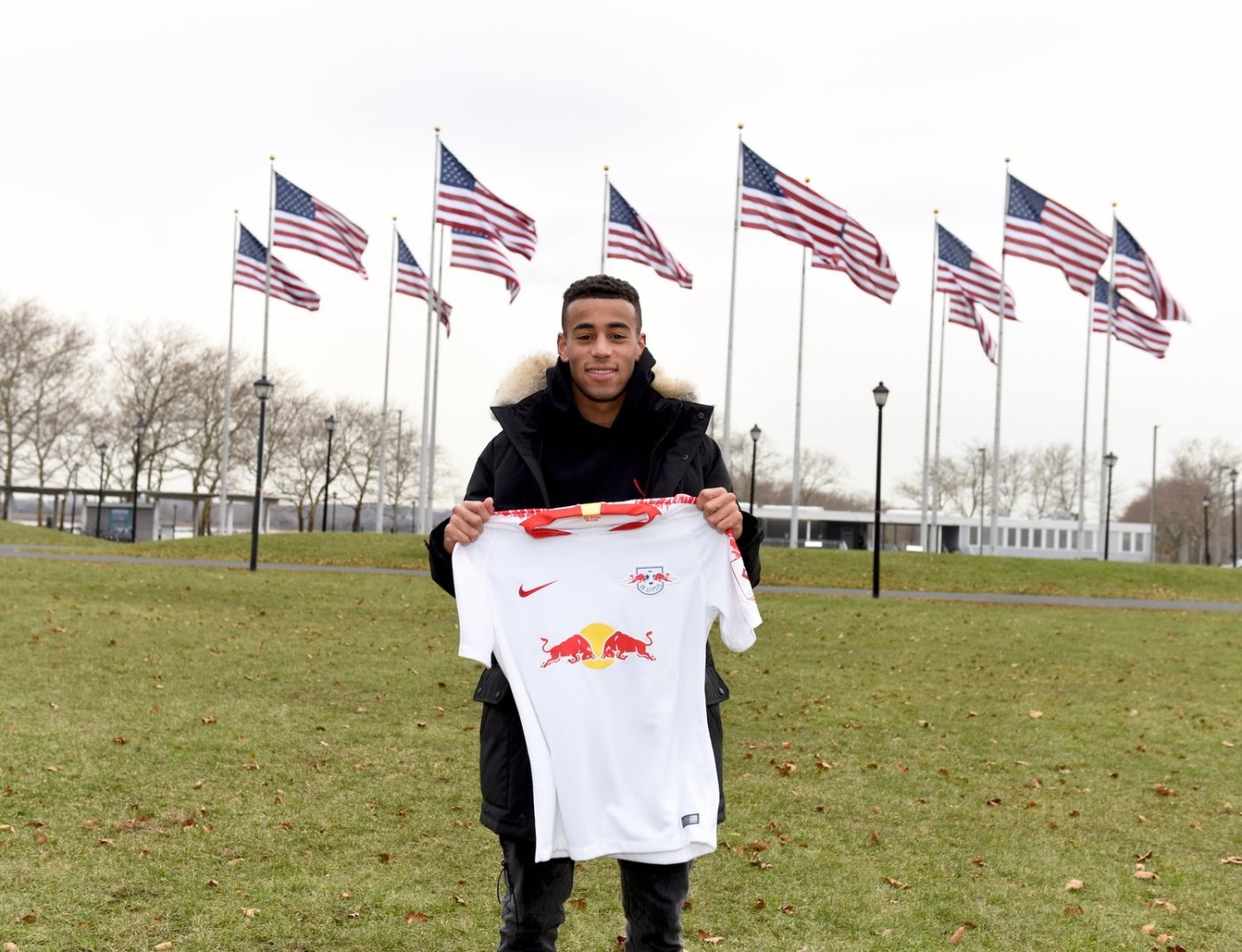 How does a player develop across seven teams and six countries in four years?

Palmer-Brown signed with Kansas City as a Homegrown Player in 2013, but never played more than 650 minutes a season for them.  He’s yet to appear for Manchester City, though he’ll return their when his loan with Austria Wien ends this June.

One of Palmer-Brown’s teammates on that U-20 squad was Tyler Adams, the personification of idealistic youth development. END_OF_DOCUMENT_TOKEN_TO_BE_REPLACED

The Most Underrated MLS Goal-Scoring Seasons 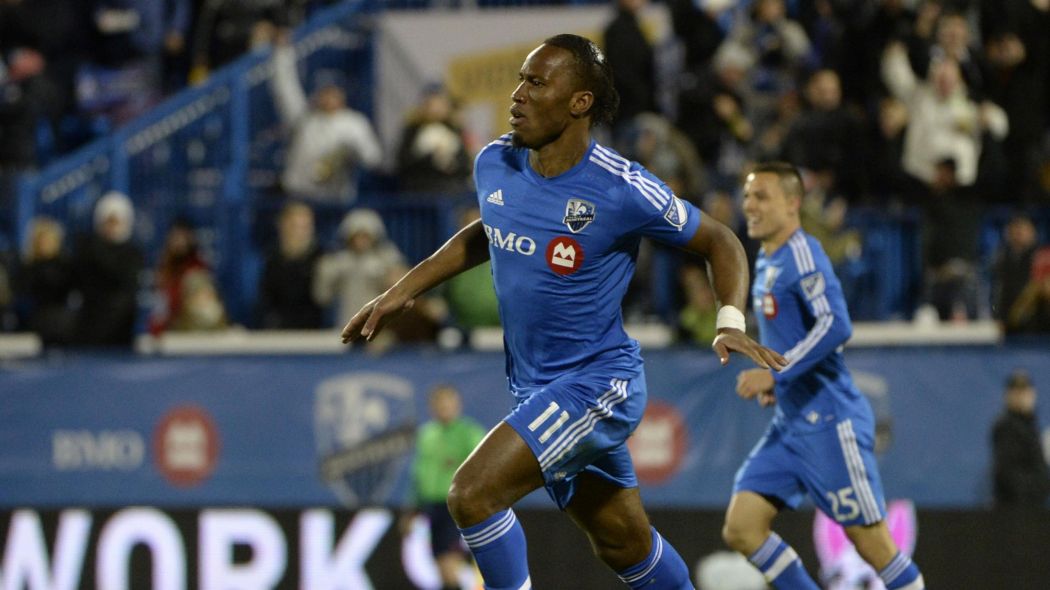 The fluctuation in MLS goal-scoring surprised me, so I decided to re-evaluate the top goal scorers in league history.  I wanted to give a little extra credit to attackers who were scoring during the lean years, and temper those who scored during a higher-league average season.

I went through the top goal-scorers each year, and stripped out the PK goals.  Next, I created a Weighted Goals index, based on how much that season’s goals-per-game average deviated from the historic median of 2.86 goals per game.  I applied that to each player’s goal total, and then compared that rate per 90 to the total goals scored that season. 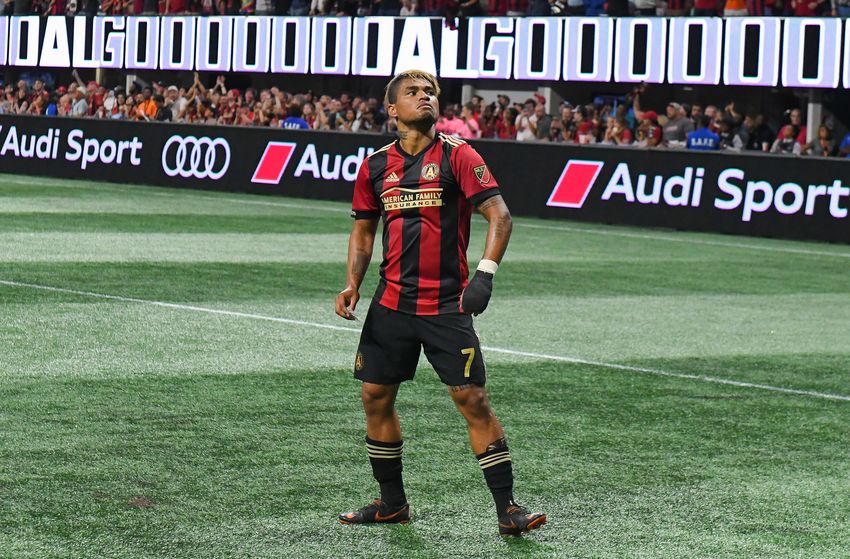 It seemed as if goals fell from the sky last season, and 2018 MLS numbers back it up.  The 3.19 goals per game average?  The highest rate since 2001.  A median expected goals per game of 2.92?  The highest ever in American Soccer Analysis’ database that goes back to 2011.  Atlanta striker and league MVP Josef Martinez scored 31 goals, setting a new league record.

Was last season an aberration?  Or are we headed for a league that looks more like the Eredivisie than Ligue 1?

END_OF_DOCUMENT_TOKEN_TO_BE_REPLACED

When US National Team Players Make Their Debut 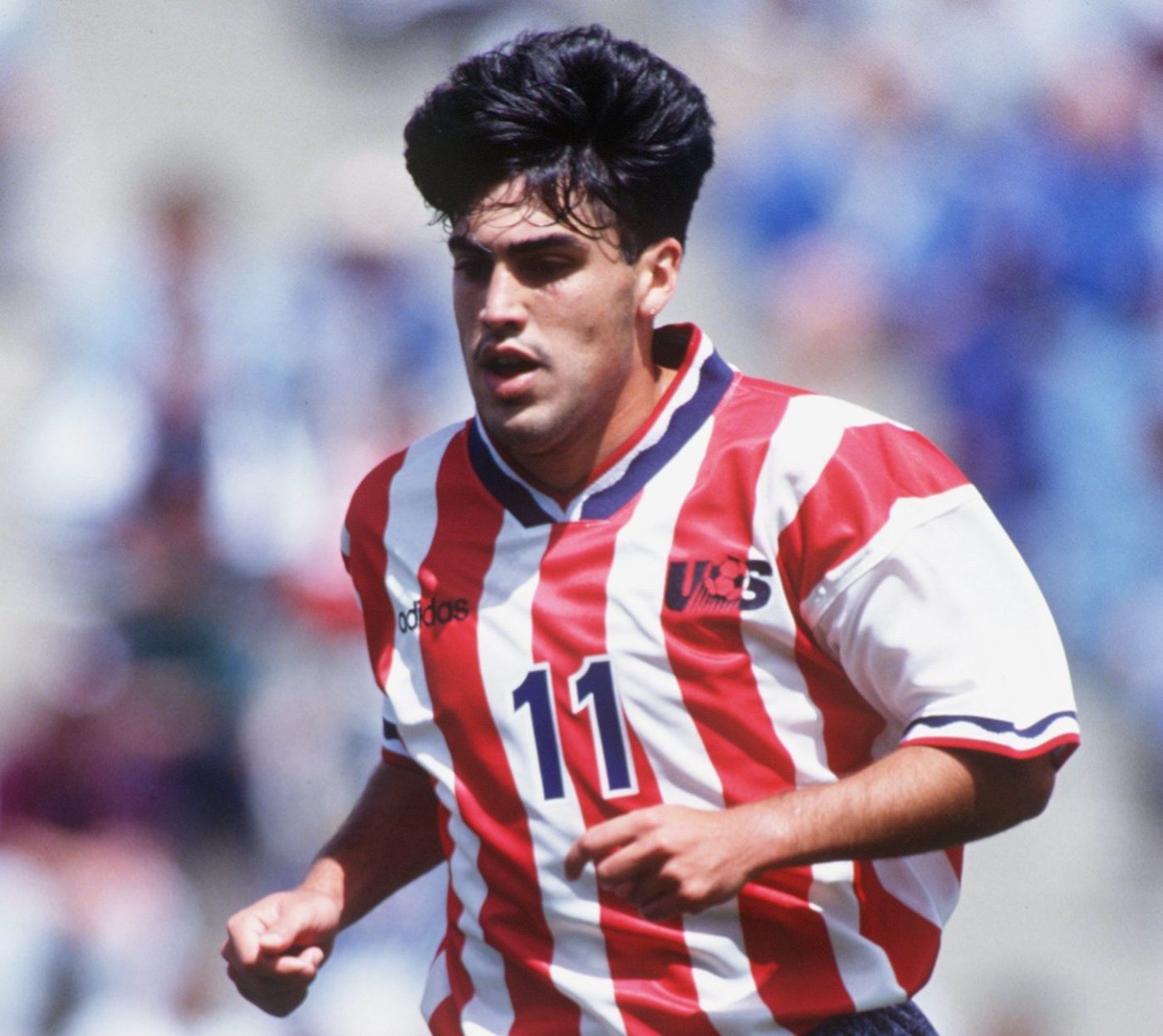 Earnie Stewart officially becomes the first US Men’s National Team General Manager on August 1.  Despite ambiguity about the position, one definitive responsibility is hiring the manager of the US National Team.  It’s an important hire: the new manager enters a landscape where the program is coming off of a brutal, historic low of missing World Cup 2018, yet has the urgency of a strong performance when hosting World Cup 2026 in 8 years.  It’s up to the new manager to reset the trajectory of the entire program.

Of course, the manager also leads the player selection process.  After missing the World Cup, continuity matters less.  With this in mind, I focused on the trends of players making their first US National Team appearance.  I included players who made their debut from 1994 through today. This timespan covers multiple World Cup qualification cycles and six managers: END_OF_DOCUMENT_TOKEN_TO_BE_REPLACED

Shortlist: Christian Pulisic, and the Path of the Top 100 Players Each year, The Guardian releases its Top 100 players in the world.  I looked at the 2017 list to analyze just how players arrived on this stage.  The Guardian compiles this list across 169 judges from 63 countries, giving this list a global, broad-reaching scope.  The stories of Leo Messi and Cristiano Ronaldo (once again #1 and #2 on the list) have dominated the global soccer narrative over the past decade, but analyzing the full list shows a variety of paths to earn this acclaim. END_OF_DOCUMENT_TOKEN_TO_BE_REPLACED Utilizing American Soccer Analysis’ excellent xG Interactive Tables, I looked at attacking stats for all players who played at least 700 minutes in MLS in 2016 and 2017.  The 700 minutes figure allows us to analyze players who joined in MLS’ summer transfer window, such as Nicolas Lodeiro and Alejandro Bedoya.  Restricting the analysis to those who spent two seasons in MLS also minimizes the effect of switching leagues (positively or negatively.)

I looked at the repeatability of four year-over-year stats:

Actual goals/assists and actual goals/assists per 90 displayed similar trends, so I’ve included the per 90 stats here.  An full interactive version of all of the charts is available here.  Let’s start with the goal-scorers.  END_OF_DOCUMENT_TOKEN_TO_BE_REPLACED

When the US Solved a Spanish Puzzle 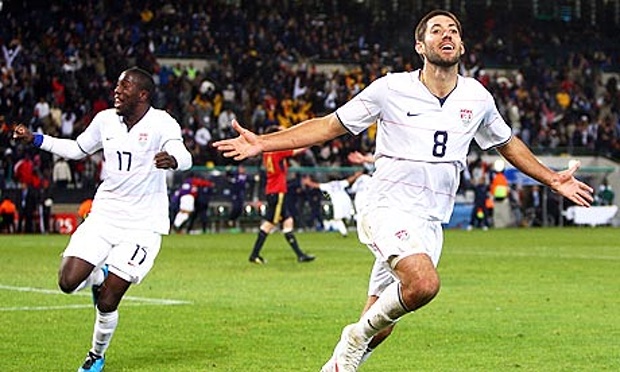 The US script at international tournaments often includes moments of triumph and tragedy, luck and misfortune.  World Cups generally regarded as successful required an 88th minute South Korean post in 2002 and a Landon Donovan miracle goal in 2010 just to escape group play.  A poor tournament, like 2006, still featured a point off of eventual winners Italy.  2014 illustrated how quickly a narrative could shift with the right results: the US were a last-minute Portugal goal from six points in the group stage, and nearly stole the Belgium game against the run of play.

No tournament exemplified this capacity better than the 2009 Confederations Cup.  It’s the US’ South African road trip film: hijinks, half-baked plans, serendipity, a triumphant turning point, and despite the odds, arriving at the destination. END_OF_DOCUMENT_TOKEN_TO_BE_REPLACED 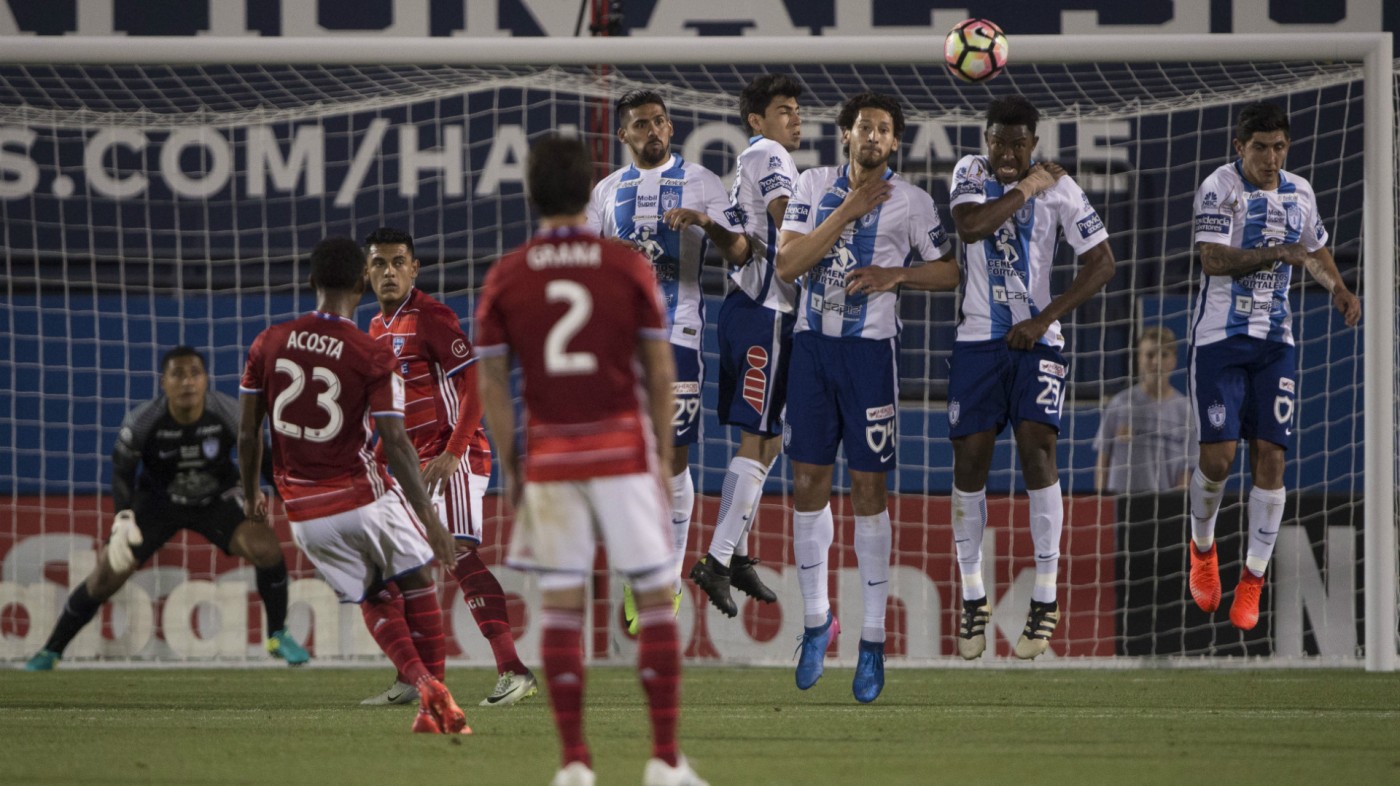 It’s rare that tension rises this high, this early for the US in a World Cup Qualifying cycle.  Zero points in the first two games, though, led to the heightened importance of this Friday’s home qualifier against Honduras.  The US hired Bruce Arena in the interest of short-term stability, and a review of previous campaigns show that this low-risk approach made sense.  Here are the points by matchday for each US World Cup Hex, from 1998 through today: END_OF_DOCUMENT_TOKEN_TO_BE_REPLACED 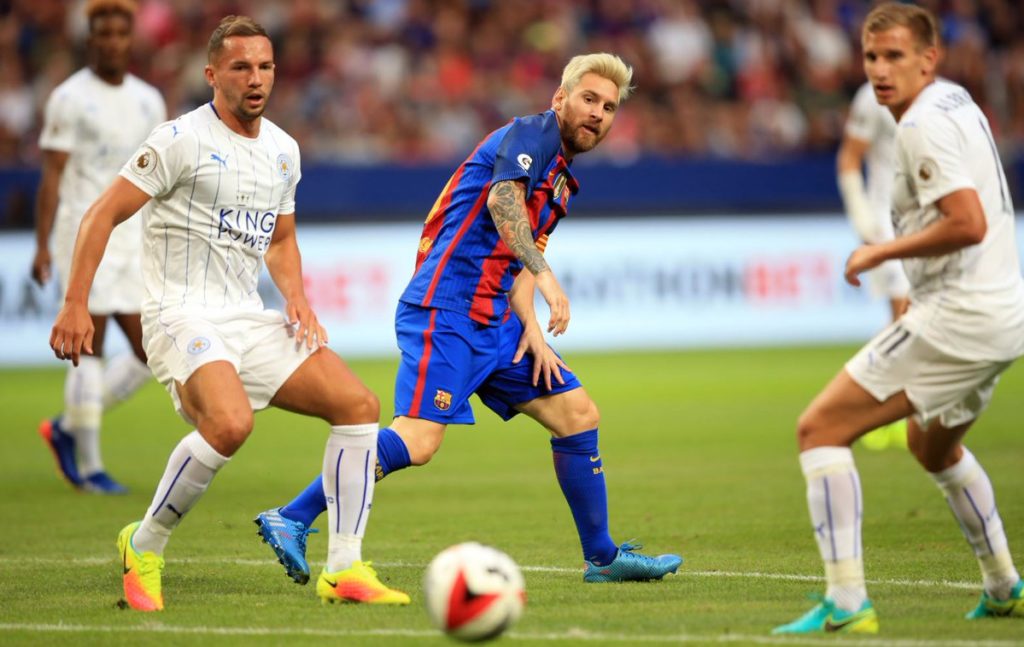 After the in-depth look at MLS Key Passes, let’s look at those findings in a global context.  I analyzed the top 10 players in key passes for the Big 5 Euro leagues, MLS, and added the top-flight from Argentina and Brazil.  All eligible players played at least 500 minutes, and all stats are from the current season or most recent season (2016 for Brasileirão and MLS): END_OF_DOCUMENT_TOKEN_TO_BE_REPLACED